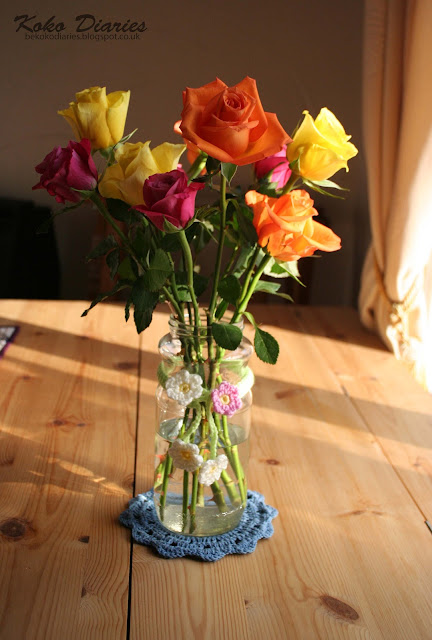 Hello lovely peeps. Today is a good day. It is Friday, it's sunny, I have a vase full of flowers my husband surprised me with and I have made progress on my Rhino. Whoop! 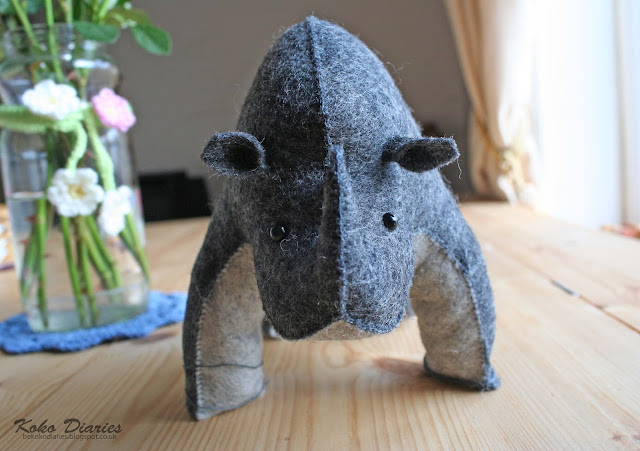 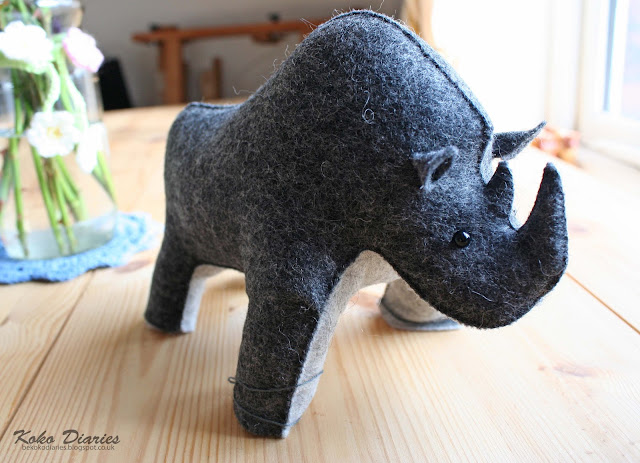 Do you make softies or soft sculptures? I really enjoy the slow process of sewing something by hand. Just focusing on making each individual stitch, going slow and enjoying every moment. 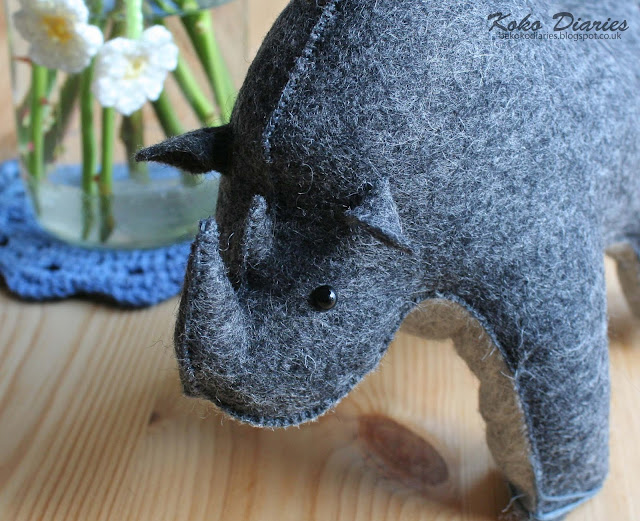 The most magical part of sewing a softie is making the face. That's when they come alive. They change from a few pieces of fabric and thread into a little animal with a personality. This rhino 'came alive' when his ears were sewn on above his eyes. Then he really looked like a rhino. 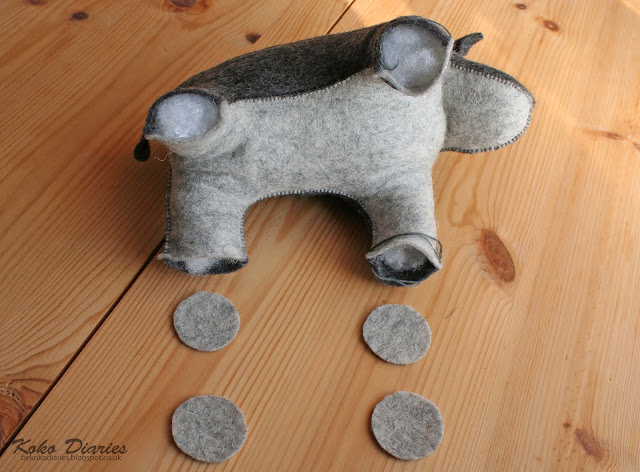 He isn't quite finished yet, as you can see in this rather undignified photo. He still needs feet, which are just little circles of felt sewn to close up his legs.

I've stuffed and re-stuffed this rhino a few times. His legs are particularly troublesome. He's a rhino which, of course, are natures tanks. So I want him to look strong but not too bulky. The nice thing about the wool felt I'm using is that it stretches and forms ever so slightly with the stuffing, which means I can make him look like he's got strong muscles under his 'skin'. I don't think I'm quite there yet. I'll un-stuff and re-stuff a bit more until I get it the way I like. 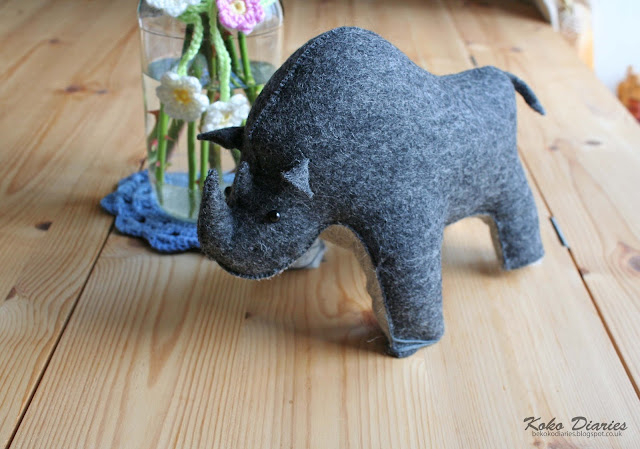 To finish I'd like to embellish him to make him a bit whimsical. I'm thinking embroidery or adding some 3D elements out of polymer clay to make him all the more sculptural. Maybe something that makes him look like a mountain? Or just some nice swirly or floral patterns? I'll wait until he's all sewn up to decide.

I'm linking up with Jennifer's Winter Projects link party at Thistlebear. There are always lots of fun and inspiring projects that people share over there so I encourage you to go have a look at what people are up to.

Have a lovely weekend

I'd love to hear your comments

Welcome to my blog!
Koko diaries is the place I share all of my adventures in art and design. I love crochet, painting, sewing, embroidery, jewellery making, cake decorating, weaving, I love colour and I love texture. I hope you join me on my adventure.